Located just steps from both iconic Waikiki Beach and the International Market Place, Waikiki Beachcomber by Outrigger is Hawaii’s only craft hotel—and a hub of art and culture on Oahu. It's also a place focused on sustainability and preserving the beauty of the very ocean it nestles beside.

As microplastics become an ever-increasing problem, not just for the health of our waters and shores but also for ourselves, Waikiki Beachcomber is celebrating Earth Day with an exhibition of three activist artists who are turning reclaimed ocean pollution into beautifully impactful art.

The Multimedia is the Message

The message: to inspire guests to be more sustainable and consume less single-use plastic. And to show that it is possible to make scalable change in their own communities. 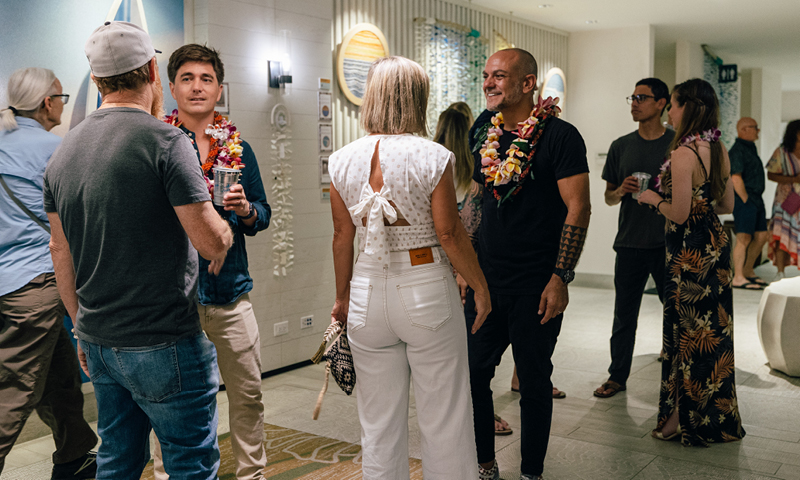 A Tapestry of Change

Based in Kailua, Hawaii, Stacey Garnhausen stumbled, quite literally, into her art.

Stacey began her design career creating jewelry in Southern California in 2006, earning international acclaim and attention from the celebrity set, including Halle Berry, Jennifer Aniston and Eva Mendes. She moved to Oahu in 2017, and it was on a sunset walk on the Kailua shores that particles sparkling in the sunlight caught Stacey's eye. Thinking they were beautiful shell fragments, she began collecting them to add to her jewelry line—and then realized they were pieces of plastic ocean debris.

This took Stacey on a journey down the increasingly troubling path of microplastic pollution and the damage it's causing to everything from Hawaiian coral reefs to wild salmon in the Pacific Northwest. She began using those found plastics and marine debris to create her jewelry and a range of new artworks, including the tapestries on display as part of “Think Globally, Art Locally.” It’s now her goal to raise awareness and start conversations about the global epidemic of ocean plastic pollution —and to inspire by example. 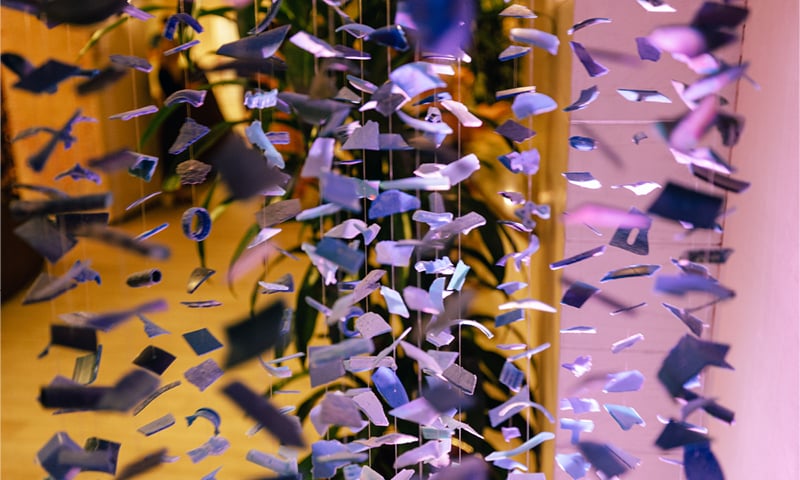 On first glance of Ethan's murals, you see Insta-worthy textural seascapes. But look closer, and the beauty gives way to concern as you see the debris comes into focus. Ethan's mission is to leverage this contrast of trash and treasure to spur viewers to take action, one person at a time. 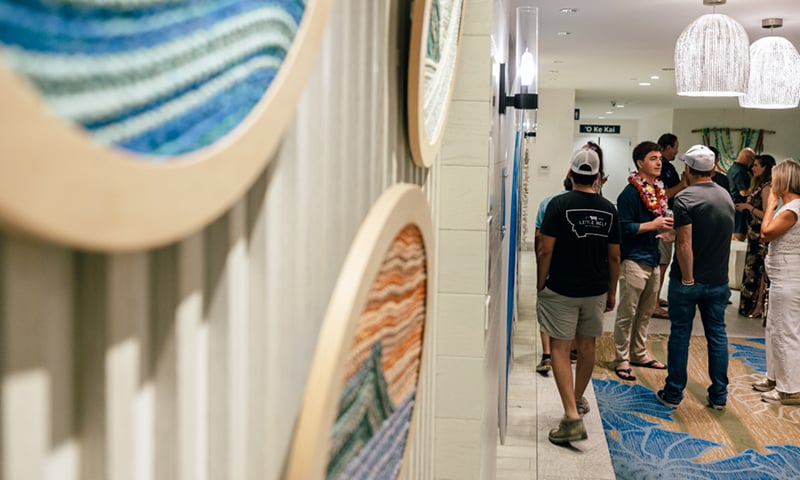 For over 60 years, iconic Waikiki waterman Mark Cunningham has been in love with the ocean. A retired City & County of Honolulu Lifeguard, Mark still spends most of his time on the beach and in the water. Today, he's just as intrigued with what lies beneath the waves as riding them. He scavenges local reefs for found objects that are at once visually appealing and revealing, and his unique sculptural pieces spark conservation conversations and passion for the oceans we call home. 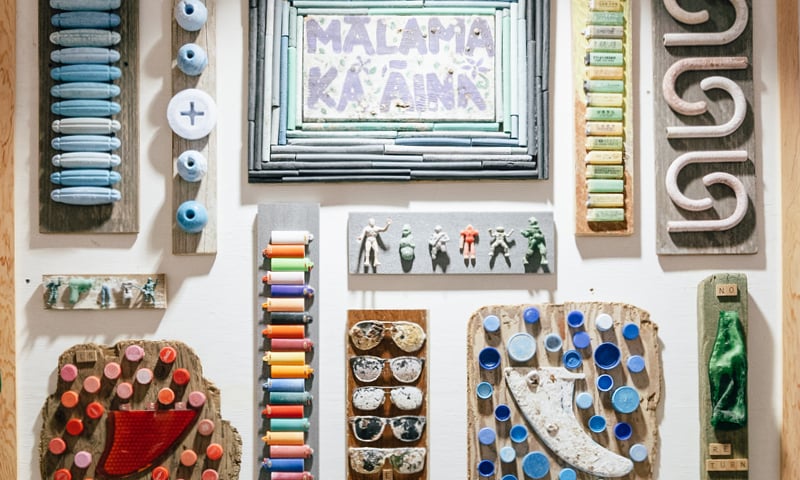 A Coral Goddess and Coming Home

The hotel's art follows suit, recently recognized for its sustainability and the Outrigger Zone (OZONE) initiatives at all five of its Waikiki properties. See the large-scale mural, "Goddess of the Sea," at Waikiki Malia, inspiring a connection to honor the delicate beauty of Hawaii's coral reefs, and check out out another of Ethan Estess' work, "Coming Home," at Outrigger Reef Waikiki Beach Resort.

Book a stay to enjoy this stunning island paradise (and even get free nights for volunteering yourself!).

지금 바로 예약하세요.
Portions of this page translated by Google.